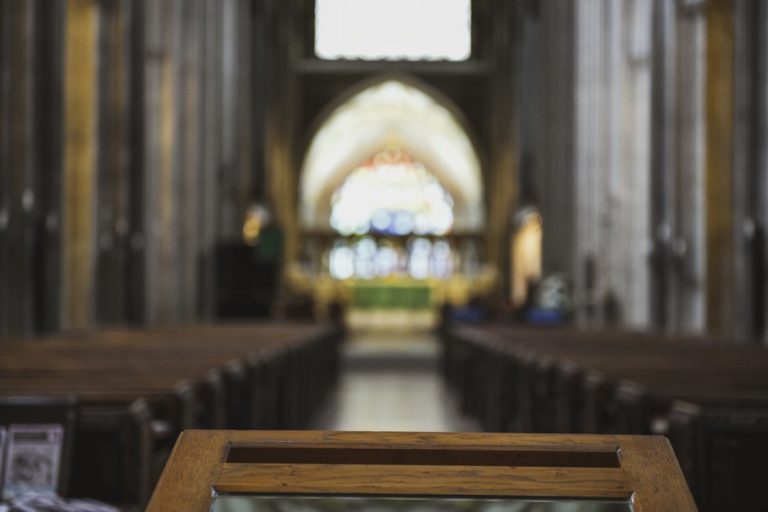 Why the PM’s Pentecostalism Is a Problem for Us All

As unusual as it may sound, there is nothing particularly wrong with Scott Morrison’s belief, as stated in a national conference of Christian churches on the Gold Coast last week, that he and his wife have been called upon to do “God’s work”. Odd, perhaps. Maybe even a little narcissistic. But in itself, not really an issue.

The problem is that Morrison’s religious beliefs seem to be the driving force behind his blatant lack of care, accountability and action as prime minister. They form the basis of his constant blame shifting, his unwillingness to properly listen and respond to concerns of the Australian people (particularly women and POC), and his “othering” of people who don’t conform to his world view.

In the video that has emerged of this conference, Morrison proudly tells the crowd that within his role as prime minister he practised the “laying on of hands”, an evangelical tradition of touching someone while you pray for them.

“I’ve been in evacuation centres where people thought I was just giving someone a hug and I was praying, and putting my hands on people …laying hands on them and praying in various situations,” he said, perhaps endeavouring to show his fellow church-goers examples of his outstanding Christianity.

But much like his inner belief that he and his wife have been “chosen”, his internal dialogue of non-consensual prayers is not what bothers me. I honestly couldn’t give a shit that he secretly prays for people when he’s touching them, as long as they’re okay with him touching them in the first place (which, as we know from incidents such as his Cobargo visit during the late 2019 bushfires when he forcibly shook a pregnant woman’s hand, is sadly not always the case).

Prayer is just a thought; either a genuine positive intention directed towards another, or an attempt for brownie points from The Big G (“Look at me being a good Christian! Please don’t send me to Hell!”). Sometimes, it’s a bit of both. Either way, his personal thoughts and prayers are not harmful.

What is harmful is the fact that Morrison’s idea of God drives his decision-making, and he is never responsible, or even overly committed to taking action. Climate change, structural racism, indigenous deaths, coercive control and domestic violence – let’s leave it all to God, shall we?

Just as an aside: if there is a God, I highly doubt he, she, or it would have plonked us here on earth to not care about anyone aside from those we’re closely aligned with, or to pander to our own egos by simply praying about things.

In the conference, he also describes the misuse of social media as the work of “the evil one”, and urges his fellow believers to pray against its corrosive effect on society. “Sure, social media has its virtues and its values and enables us to connect with people in ways we’ve never had before,” Morrison says. “But those weapons can also be used by the evil one and we need to call that out.”

It’s yet another example of Morrison putting his focus in the wrong places, showing that any opinions that do not align with those of his church will be defined as “evil”, and therefore swiftly dismissed. Are the women who use social media to ask what is being done about domestic violence, power imbalances in the workplace and sexual assault “evil”? What about those advocating for the release of the Biloela family, or people who are expressing concern about the number of Aboriginal deaths in custody?

In the viral Twitter words of Father Bob Maguire, much-loved Roman Catholic Priest and community worker, “[The] PM warns of ‘the evil one’ online… my warning advice is ‘There is only one thing necessary for the triumph of evil and that is when good people do nothing”’.

It is perhaps ironic that Morrison also spoke about “identity politics”, stating that young people are increasingly defined by their group.

It is Morrison who has lost himself to a group – the church – and has no internal moral compass as an individual. If it doesn’t exist in the pages of the Bible or come from the mouth of a leader in his group, he cannot see or hear it.

It is not his “thoughts and prayers” that matter so much. It is the “identity politics” that he despises in others, that completely apply to himself.