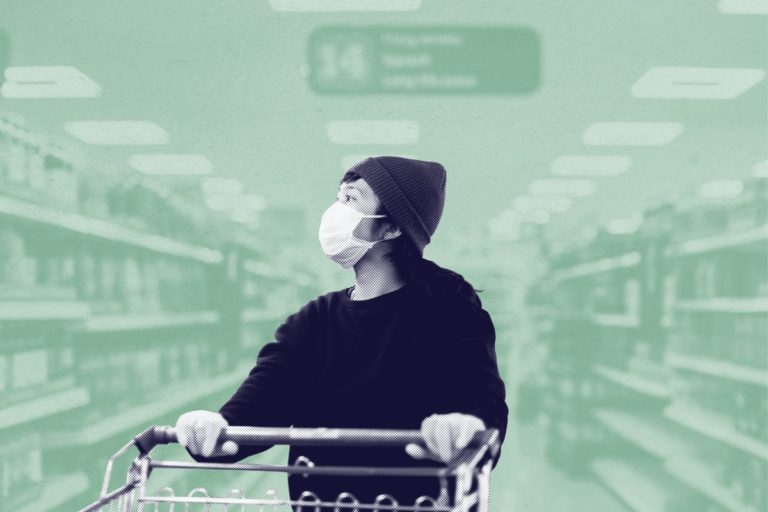 Spirituality at the Supermarket

Like most of us, I do try to be a nice person. It’s mostly for selfish reasons, to be honest. I want to be so stable and happy within myself that no-one can bother me, or mess with the remaining shreds of my equanimity, or some shit. I can’t think of a better place to practice than the most annoying place on earth: the humble supermarket.

Yesterday, I did not get off to a great start. First of all, old mate took my parking space. He was doing that manoeuvre where people who can’t manage to park properly drive straight through one park, and into the one in front. It saves them the difficulty of straightening up a little. The one in front of him was the spot I had earmarked, and was reversing into.

Nah buddy, I said, telepathically. I was here first, and I’m already reversing. Just sort yourself out, learn to drive, and move back into the space you’ve already got. I kept my reversing lights on, and turned my head to look at him, expecting him to receive my telepathic message and do as instructed. He just sat there.

Slowly I reversed at little. This will give you the hint.

He stayed exactly where he was, with 85% of his car in his spot and 15% in mine. The spot that would require him to reverse back a touch clearly wasn’t an option, so he put his pointer finger up and swung it back and forth in a “tut-tut” fashion, while shaking his head. I resisted the urge to respond with a different one-fingered gesture.

I found another park a few metres away, took a moment to let go of my annoyance with some deep cleansing breaths (ah, the equanimity, or some shit), and focused on my next challenge: getting through the supermarket doors without making eye contact with the chirpy man wanting donations.

“Hey, is your knee cold in those jeans?” asked Chirpy Man, trying to lure me into a conversation while pointing to the large, obviously intentional knee-rip. “Yep!” I said loudly without slowing my stride.

Once inside, I made it safely to aisle two, the health food shit, before a woman seemingly in the midst of a daydream wandered in front of me. Despite being a slim woman, she managed to find the perfect spot in the middle of the aisle to stop and ponder the universe, making it almost impossible to get past. “Excuse me,” I said in my friendliest voice, but she remained within her inner Narnia.

“Excuse me”, I said again in a louder voice, but she still didn’t budge. Not even a tiny, token step forward as a gesture of politeness. I inhaled to make myself smaller and turned sideways to squish past.  As I passed, my plastic shopping basket brushed lightly against her jacket, and I didn’t even apologise. There, take that! I thought. No apology for you!

Next aisle I saw someone I knew, made idle chitchat, then made one of those laughing exits when you say something hilarious (I always feel like I’m in a terrible sitcom in these moments), only to bump into them again in another aisle. I pondered the socially accepted next step – should I pretend to be so enamoured with the pickles that I didn’t see her? Or was it better make eye contact and laugh awkwardly?

I chose the latter, and chucked, “Hehe. Hello again”. Operation Pickles was employed swiftly for all subsequent encounters.

At the self-serve checkout line, the stranger behind me stood close enough to breathe down my neck. Even without the social distancing rules, this would have been awkward. I turned to look at her, then to the oversized “stand here” sticker on the floor, which we were not supposed to be sharing. The hint was too subtle, and she continued to shuffle forwards.

Once again I made my way past the chirpy donations guy, this time pretending to be immersed in a text message on my phone.

Returning from the supermarket I was relieved to be home, away from all the chaos and humans. It seems apparent to me that it’s quite easy to be a spiritual person, full of equanimity or some shit, as long as you avoid all human interaction.