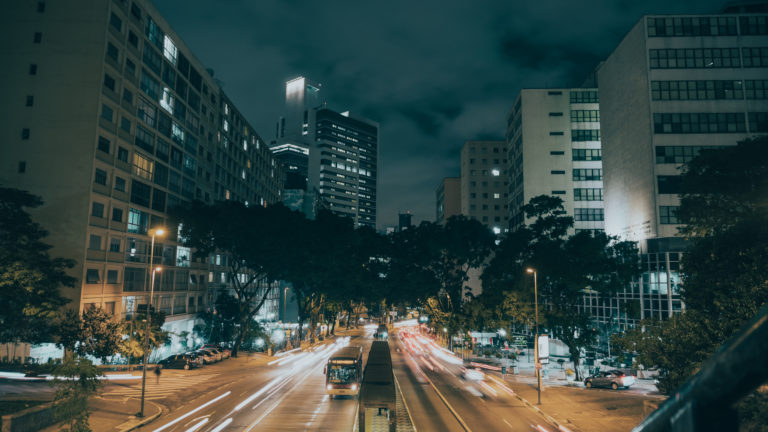 A Trip to the City

It is early morning on a gloomy, windy day. Country girl (ahem) is standing at the bus stop in the city, one hand holding a large suitcase which seems to continuously want to tip over, the other holding a much needed coffee, laptop bag handle over forearm, and umbrella held in place with right armpit. She is anxiously awaiting the bus, which never comes. Did I mention it had started raining?

She waits another 10 minutes, places coffee on sidewalk so she’ll have a free hand, glaring at it like a naughty puppy. “Stay!” She texts a city-dwelling friend who knows the ins-and-outs of how these things work. “Bus didn’t come, any idea where else it stops?” With no reply received in the next 45 seconds, she proceeds to search online using her phone, and finds the schedule reads a lot like hieroglyphics. She approaches friendly-enough-looking middle aged man who replies matter-of-factly, “You’ll have to take the 230 on the avenue”, before turning away. She replies to his back, “Cool, thanks”, but inwardly admits defeat and starts walking.

20 minutes later, in a considerable amount of discomfort, she realises that ankle socks with Doc Martens are not an appropriate footwear choice for long walks. She wonders how odd she’ll look if she sits in the gutter, takes off her shoes, and pops on some Band-Aids on her broken skin. She knows she does have some wedged in with the other junk in her suitcase: the hair straighter; the makeup; the clothing; the lint brush; and the books (and yet, not a second pair of shoes). But vanity prevails, as she doesn’t want to look silly in front of all the clever strangers who know exactly where they are going, exactly what they are doing, and who are probably blister-free.

The wind decides to get stronger, and she juggles her umbrella and phone (currently serving as a GPS) in her right hand, while her left holds the laptop bag and drags the suitcase. The suitcase wheels repeatedly get caught in cracks on the pavement, bringing her to a sudden stop every few minutes, and jarring her whole body. A few choice words unwittingly escape her lips.

Encouraged by the wind, the rain starts getting stronger. The two forces of nature dance together and decide to travel sideways, stinging her face and rendering her umbrella almost useless. The umbrella, which is saving perhaps 4 inches of her body from the rain, decides to pop inside out, and at the same time her scarf blows up over her face, and attaches like an octopus. Blinded, she manages to peel if off, and laughs.

Wet, blistered and tangled, she arrives at her city destination one hour and twenty minutes late, receiving some strange looks. Perhaps it’s her frizzy hair, wet clothes, or slight limp from the blisters. Navigating the transport system has never been her forte, and never will be. Unlike the city bus schedule, some things are certain.

PrevPreviousHolden Sheppard: ‘You have a lot of influences which, through osmosis, are sending you the message that this isn’t going to work out for you’
NextIllusions: Adventures of a Reluctant MessiahNext